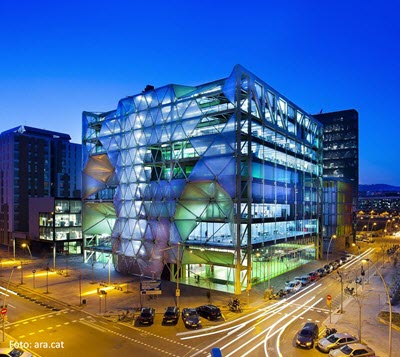 According to a recent Marketshot Oficines report, published by the real estate consultants Cushman & Wakefield, District 22@ is continuing at a record pace, year after year – ending 2017 with a total of 86 rental operations, which amount to 101,000 m2 of office space. This is the highest figure recorded in the last ten years and is 34% more than that of the last two years. In terms of investment volume, District 22@ experienced profits of 161 million euros in 2017, a figure that triples the 51 million euros registered in 2016.

This rental contract figure, which accounts for 30% of all Barcelona, involves important pre-rental operations, such as those of  Amazon in the Luxa Silver building (10,241 m2), King-Activision on Carrer Ciutat de Granada (8,837 m2), Hewlett-Packard on Carrer Tànger (8,132 m2), and Wework in the Luxa Gold building  (6,572 m2). Demand in this area is evidently focused on quality, sustainable premises.

Despite the opening of new office buildings in recent months, demand is so high that the offer of new premises cannot keep up. According to Cushman & Wakefield, availability has fallen to below 5% during the first six months of 2018. This intense demand in the district, which is a unique location for foreign multinationals, has led investors to back numerous office promotions in the area. District 22@ currently has 129,000 m2 of office space under construction, which are planned for completion and delivery between now and 2019. The potential floor area available in the district now stands at over 800,000 m2.

District 22@ is still the city’s innovation hub, attracting technological companies, start-ups and digital ecosystem, with a high level of innovation. Companies such as Privalia, Yahoo, Mediapro, Microsoft, Sanofi-Aventis, Groupalia, Capgemini, Schneider Electric, Vistaprint and Indra are all operational in the area, and will soon be joined by Facebook, through the company Competence Call Centre (CCC), which will be installed in the Glòries Tower with 500 employees.