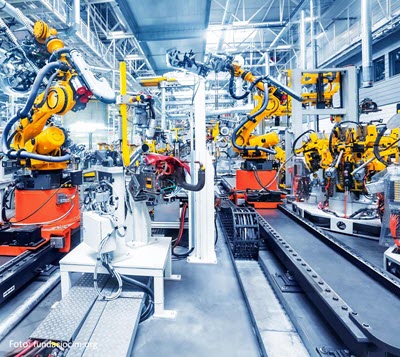 Catalonia leads foreign productive investment in Spain. This is one of the highlights from Informe sobre l’impacte econòmic de la inversió estrangera directa a Catalunya, una anàlisi comparada (Report on the economic impact of foreign direct investment in Catalonia, a comparative study), compiled by the Barcelona Chamber of Commerce Department of Economic Studies. According to this report, Catalonia accounts for 22.5% -greater than the weight of its GDP relative to Spain as a whole- of the productive capacity associated with foreign investment, ahead of Madrid with 17.1% of the total, which is below its relative portion of the total GDP. These figures are for 2017, the latest available.

The Chamber of Commerce report highlights that it is important to take into account what is known as the ‘headquarters effect’, which counts investment at the location of the company’s business headquarters, not its production units. In this case, Madrid’s weight in terms of foreign investment rises to 68.1% and that of Catalonia drops to 13%.

Finally, the international comparison, based on data from the balance sheet for payments abroad, is worth noting. In this case, Catalonia’s cumulative stock of foreign investment as a percentage of its GDP, 57.4%, is one of the highest in Western Europe, on par with the United Kingdom, Sweden and Portugal. This figure, according to sources inside the Chamber of Commerce, highlights the Catalan economy’s ability to attract foreign investment in a European context.