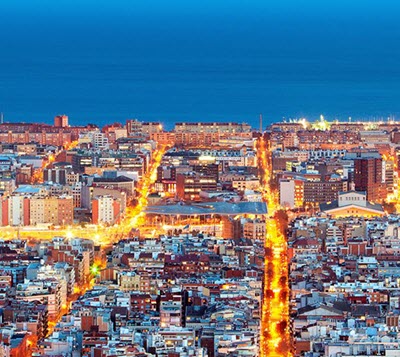 Barcelona is the world leading city in congresses and meetings, according to the barometer annually published by the International Congresses and Conventions Association (ICCA). The Catalan capital leaded the ranking in 2017 with 195 congresses and 2,134 meetings, ahead of Paris and Vienna. Then came Berlin, London, Singapore and Madrid.

This 2018, we should highlight the celebration in Barcelona of those organised by the companies Cisco, VM Ware, SAP and Atlassian, as well as the World Ophthalmological Congress (WOC), the meetings of the European Federation of National Associations of Orthopaedics and Traumatology (EFORT), the European Heart Rhythm Association (EHRA) and the Society for Extracellular Vesicles (ISEV), among others.

In this sense, Barcelona recently held the IBTM World, the world’s main professional meeting on congresses and fairs, which gathered more than 3,000 event planners from 150 countries.  This meeting depicts an extraordinary display window for the city in order to strengthen its touristic leadership in the field, which last year entailed an economic impact of €1,800M for Barcelona, a 21.2% more than in 2016.

According to the forecast by Barcelona’s Tourism Program Barcelona Convention Bureau, the city has currently confirmed 30 congresses of more than 1,000 delegates for 2019. Altogether, they add up to 350,000 participants. Among the most important ones for next year we should highlight the European Society for Medical Oncology Congress (ESMO), held in Barcelona for the first time, and with an expected participation of some 30,000 people.

Likewise, we should also highlight the celebration of the Diabetes European Congress, with almost 15,000 delegates, and the Urology European Congress, with more than 13,000 attendees.  Among non-medical meetings, we must emphasise that of the textile and garment technology platform ITMA (International Textile and Textile Machinery Exhibition), which will gather more than 100,000 delegates, and which, together with the Mobile World Congress are the most multitudinous events of this kind in Barcelona.

Additionally, the Catalan capital has yet verbally agreed on important congresses that will be held in Barcelona for the first time in 2021, 2023 and 2025. Finally, it was also announced the celebration of the Integrated Systems Europe, the world most important congress of the audio-visual sector, which will be held in Barcelona from 2021 onwards.