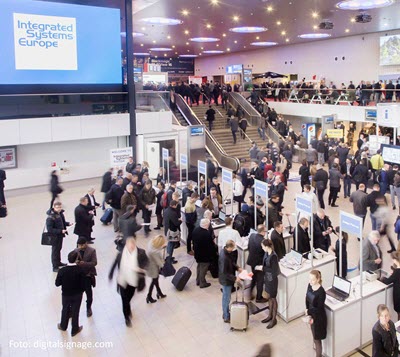 As of 2020 Barcelona will be hosting the Integrated Systems Europe (ISE), the most important trade fair in the audiovisual sector and integrated systems in the world. To date it has been held in Amsterdam and is attended by over 80,000 visitors. The agreement to move to the Catalan capital has just been signed between Fira de Barcelona and the organizers; an association of the two main business organizations in the global audiovisual industry, Avixa and Cedia, that goes under the same name (ISE).

The trade fair will last for four days, like that of the Mobile World Congress and, in addition to the four days of the event itself, conferences, training programmes, demonstrations and master classes will also be included on the agenda. It has been calculated that the direct economic impact of the new fair on Barcelona will be similar to the MWC, which spends some 470 million euros in the city, while creating over 13,000 temporary jobs.

The ISE will also benefit the rest of the Catalan economy, by promoting new activities and business projects in a sector that is currently enjoying little success, while creating, as with the Mobile World Congress, a sub-sector with a large number innovative companies and highly qualified jobs.

This agreement and the recent arrival of innovation centres from almost a dozen international companies, including Facebook, Lidl, Mediamarkt and Amazon, the city is now a well-established technological and innovation hub on a worldwide level.