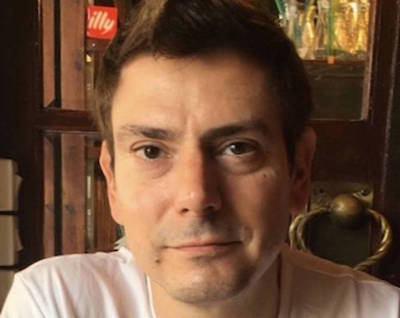 Òscar Oliver, CCO Aeroports de Catalunya and member of the Barcelona Air Route Development Committee
Catalonia has a network of five airports, the most noteworthy of which is Barcelona-El Prat. This airport sees very significant growth in number of passengers every year and has become one of the main airports on the European continent. El Prat set a new record for number of passengers last year.

The El Prat airport deserves special attention. It saw more than 44 million passengers last year and is posting non-stop growth this year. What is this ongoing increase due to?

The Barcelona airport is a great example of how a facility can serve its region and valorize all of its assets. For the tourist offering in the city of Barcelona, which is rich and diverse, geared towards both business and pleasure, the airport has become a key ally in promoting the city worldwide. And beyond tourism, in recent years we’ve seen the airport become an intimate link to the cruise ships in the Port of Barcelona. We have to take into account that many cruise ship passengers arrive to Barcelona from far-flung destinations like the United States, Canada and Mexico, and increasingly from the Far East, countries like China, South Korea and Japan. The airport/port synergy is very clear and will continue over the coming years.

However, the airport is becoming an increasingly powerful instrument for internationalization in our companies and our economy. To give just one example, there are many Catalan companies, like Mango, that produce a large part of their products in factories on the other side of the world. They have to use just-in-time logistics in order to react quickly in this competitive market. In this case, the Barcelona airport is also becoming an increasingly powerful tool for importing and exporting goods by air. So, when we talk about the success of this airport, we have to look at the number of passengers but also, more and more, at cargo as well.

Intercontinental connections have historically been something that needs improvement. The new routes launched and announced seem to address this shortcoming. What new routes would you highlight and which pending routes are top priority?

Historically, Barcelona has fallen short in long-haul flights, what we call intercontinental routes. In Barcelona, there has been, and continues to be, many passengers that need to travel to destinations in Asia or America and, as paradoxical as it may seem, there aren’t enough flights from our city to those regions of the world. In just a few words, these passengers have to have a layover at another European airport, like London, Paris or Amsterdam, in order to reach their final destination. This is what we call an unserved or disregarded need. In the sector, we also call it indirect traffic, because it represents a number of passengers that fly “indirectly” between our airport and their final destination.

In 2015, Barcelona had 3.6 million indirect passengers travelling between our airport and the main destinations on the planet, including economically important ones like China, the United States, Japan, South Korea and India. In 2016, the number of indirect passengers rose to 4.5 million, despite setting a new record in direct intercontinental passengers that year: 3.9 million. Barcelona has been able to generate new long-haul flights, but demand is also growing for new ones not yet available. So, there is still a lot to do.

What is El Prat’s potential for growth in the middle term and what role does the Barcelona Air Route Development Committee play?

In recent years, the airport has beat its record number of passengers, year after year. In 2016, we saw a total number of passengers that was unthinkable 10 years ago, over 44 million, ranking us seventh in Europe. Barcelona is better connected than any other airport in Europe: the short- and mid-haul flights available would be hard to surpass at any other airport in Europe, and we could even say the world. Where, then, does the real challenge for the future of the airport lie? The answer is immediate: in expanding the long-haul or intercontinental flights available. We have to be able to connect with the world without having to change planes at another airport. This is our greatest challenge. We need direct flights to Japan, India, Mexico and, in the not too distant future, our horizons will expand to take on countries like the Philippines, Thailand and even Australia.

The challenge will not be just to set new records each year in number of passengers; it lies in positioning ourselves on the global scene more and better, and that means increasing the number of intercontinental flights from the airport. We have to become a true hub for the Euro-Mediterranean area, connecting Asia and America. What has so often been called the “bridge” between Asia and America.

This coming September, Barcelona will welcome World Routes 2017, the most prestigious aeronautical event in the world, and Aeroports de Catalunya will be the host. What is this and what opportunities does it offer?

World Routes is a huge opportunity, not only for the Barcelona airport but also for the city of Barcelona and the country as a whole. It is a country-building project that we have to take advantage of.

Nearly nine years ago, in 2008, I had the chance to participate in a World Routes forum for the first time. That time I was representing the Barcelona Chamber of Commerce and a still very young Barcelona Air Route Development Committee. The event was held in Kuala Lumpur, the capital of Malaysia, and brought together many representatives of the top airlines and airports in the air-transport industry, from all over the world. After that, I’ve had eight more opportunities to participate in the subsequent World Routes events, which are held each year.