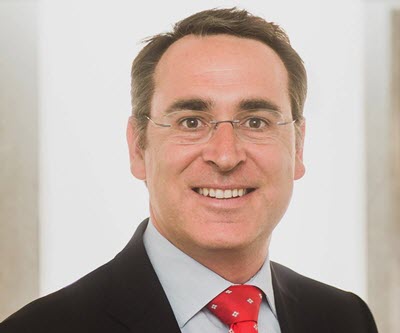 According to several sources inside the sector, 2016 saw record-breaking investment in the real estate sector in Barcelona, reaching roughly €2.5 billion. The same sources say that expectations are just as optimistic for this year.

Specifically from the perspective of Cushman & Wakefield, what is your assessment of the evolution of the real estate market in general and the logistics and office segments in particular in 2016 in Catalonia?

2015 was an exceptional year, with a total investment of €14.3 billion. In 2016, the total volume of investment was €13.1 billion. The main reason for this was that there was less on offer, and the average size of the spaces acquired was smaller than the previous year. On the other hand, we can’t forget that Brexit caused a logical drop in investment activity as the players have been waiting to see what happens. In terms of lease activity, 2016 was positive.

In the office sector, we’ve seen healthy demand from companies, which are renting more space as a result of rising employment. On the other hand, in logistics the market was especially noteworthy. We are seeing record numbers for leases every year as a result of growing consumption.

What were Cushman & Wakefield’s most noteworthy transactions last year?

The Business Space Agency at Cushman & Wakefield Barcelona provided advisory services for transactions on more than 56,000 m² of space, making us number one in the market. In offices, the Schibsted pre-lease (10,000 m2) is particularly noteworthy, as it was the first in 10 years. This reflects the fact that the market has moved into a phase of expansion.
In the logistics sector, Cushman & Wakefield provided advisory services for 55,000 m² in 2016. The lack of quality product is also leading to the first turnkey operations. Highlights of 2016 include advising Barcelona-based company Picking Pharma in choosing their new space in Polinyà (Barcelona). The logistic center has an 11,300 m² plant plus two 790 m² lofts, for a total of 12,880 m2.

Those in the sector insist that there is a lack of product on the market. To what extent is this significant and what is the cause?

The drop in available office space in Barcelona can be explained mainly by healthy absorption rates and, undoubtedly, low levels of new speculative stock on the market. In the Passeig de Gràcia/Diagonal area and in the City Center, the vacancy rate is at 3% and 4%, respectively. In the New Business Areas and the Periphery, the vacancy rate is somewhat higher, over 15%.
Less than half of the available office space is of superior quality (class A and B+) and only 2.4% of this is located in the Diagonal/PG area. Although it is true that quality availability is mostly in the Periphery and New Business Areas, some of the sub zones in these markets have seen significant changes in terms of availability in recent years. Sant Cugat del Vallès is a good example. The vacancy rate in this area is 8%. It has dropped to levels similar to those seen in 2008, after hitting a record high in 2010 of over 30%. The lack of quality product is a limitation for company growth, as they mainly want modern, sustainable, efficient buildings.

How have new operators affected the real estate sector and what role do REITs play?

In 2014, tertiary business –premises, offices, shopping centers, hotels and logistics assets– began energizing the real estate sector, thanks mainly to interest among the first REITs. These investment vehicles have been the big players in recent years. In 2015, 42% of all real estate investment was from REITs. One of the positive points of these investment vehicles is that they are modernizing the stock of office space. After each purchase, they invest significant amounts of money to rehabilitate the assets to latest-generation quality standards and technical specifications.

According to some sources, international funds carried out more than 80% of all real estate transactions in 2016. Do you think this great interest from international investment funds will continue this year?

The percentage of national investors dropped in 2016. In 2015, national investment, including REITs, made up 57% of the total. Last year it was 36%. For 2017, we expect national investment to rise, but no longer driven by REITs as they will now be managing their portfolios. The new international players will mainly be getting into retail and alternative assets.

What type of products are they looking for in the city and what do companies value most about Barcelona when moving here?

Right now, regardless of their sector or size, companies are concerned about the difficulty attracting and retaining top professionals. Their choice of location for their headquarters is key in this regard and it has a direct impact on results. So, quality continues to be one of the main requirements companies have when coming to Barcelona, as the total surface area leased and location reflects. 50% of demand is for offices located in A and B+ buildings.
The space on offer in Barcelona is extremely fragmented, so the demand for large spaces will soon have no other option than pre-leasing. We understand these operations as a sign that the market is expanding.

Finally, what will be the trend in the real estate sector in Barcelona and Catalonia in the short and middle term?

In 2017, the real estate investment sector will continue to be attractive. It is true that the lack of Prime space on offer will become even more noticeable with regard to the investors’ appetite, but we will have to be creative and keep generating movement. Because the appetite is there. In 2017, retail and alternative assets (garages, hospitals, etc.) will take center stage.