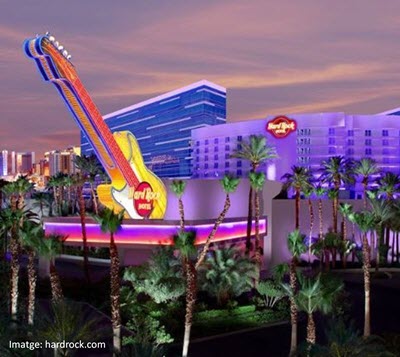 The North American multinational Hard Rock International has announced plans to invest 2000 million euros in the project that will be built on the Costa Daurada, in Vila-seca and Salou, which up to now had been known as BCN World and that has finally been renamed Hard Rock Entertainment World. The project plans include one of the largest leisure macro-complexes in Europe with hotels, a casino, a large shopping centre as well as many spaces for shows.

The future complex has set aside 745,000 m2 for these uses, although they will be built in phases in the coming years. The first phase of the project, that entails an investment of 665 million euros, consists of building the spaces for gambling and betting, the main attraction of the complex. This will be the Hard Rock Hotel & Casino Tarragona, a large 600-bedroom casino hotel that will be next to a 500-bedroom family hotel, which will be run by Port Aventura.

Furthermore, the macro-complex will have a shopping centre promoted by the group Value Retail, owners of La Roca Village and Viladecans Style Outlet. It will occupy approximately 10,000 m2 in which 75 shops are planned. There will also be spaces for concerts with capacity for 15,000 people and a venue named Hard Rock Live, for musical shows. Hard Rock calculates that it will create jobs for 2176 staff in the first five years of running the complex, counting only direct employment. In total, however, the project anticipates that 11,500 new direct and indirect jobs will be created and it will generate an economic impact on the area of 1.3 billion euros.

Hard Rock International has establishments in 75 countries, including 176 cafes, 24 hotels and 11 casinos. The company has a presence in cities such as London, New York, San Francisco, Sydney and Dubai and has hotels and casinos in Bali, Chicago, Cancun, Ibiza, Las Vegas and San Diego. New Hard Rock Cafes in Cairo, Innsbruck, Andorra la Vella and in the Chinese city of Chengdu are planned in the near future.