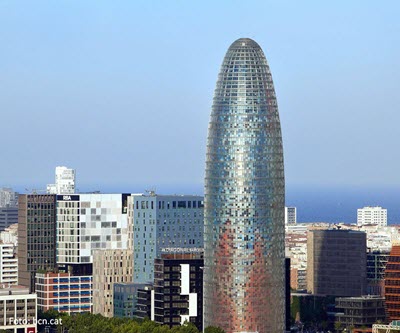 The Glòries Tower has 33,000 m2 of space, which means it could easily welcome the 900 highly qualified employees of the European Medicines Agency. This building was chosen for its great location and excellent transport connections to the rest of the city. The Barcelona City Council already has a letter of approval from Merlin Properties, which owns the building.

The EMA was created in 1992. Even then, Barcelona wanted to host the agency but came in second to London. Now, Barcelona is once again vying to host this institution that assesses, supervises and controls drug safety in the EU. Having the EMA also means roughly 40,000 visits from experts and businesspeople each year. And welcoming a network of some 1,600 companies that may move here to be closer to the agency.

Barcelona hopes to attract start-ups, biotech and fintech firms leaving due to Brexit
Negotiations to attract companies leaving the United Kingdom due to Brexit are moving forward cautiously and confidentially. Barcelona, in addition to putting in its bid to host the European Medicines Agency, also wants to consolidate its role as a technology hub by attracting start-ups, biotech and fintech firms.

The city has been able to combine its industrial tradition with a noteworthy commitment to new technology. It has a solid business fabric, international funding, suppliers throughout the value chain in all activities, a logistics system that provides access to the European Union, America and Asia, enormous potential to attract talent from around the world within its entrepreneurial and start-up ecosystem, and a network of universities and business schools that train new candidates for companies.