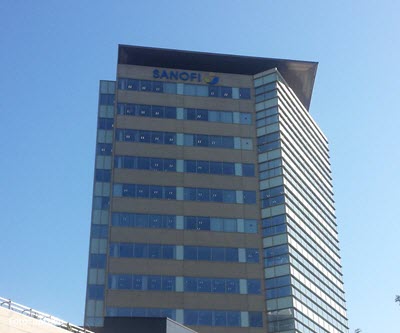 French multination pharmaceutical company Sanofi has chosen the city of Barcelona as the headquarters of its global Shift project. This initiative is creating a new department to redesign and unify the financial management tools used by all of the company’s subsidiaries. Located in the neighborhood of Sant Andreu, this center will employ 200 people when at full capacity.

Sanofi has an important presence in Spain, where it employs nearly 1,000 people. Its central headquarters is in Barcelona and it has an industrial center in Riells i Viabrea, Girona. The company is firmly committed to R&D activity, which it carries out through its Clinical Study Unit (CSU) with headquarters in Barcelona and Madrid.

The Sanofi group is one of the largest pharmaceutical groups in the world. It is based in Paris and present in more than 100 countries. It employs more than 110,000 people around the world and has 107 factories and over 20 R&D centers in North America, Asia and Europe.

Catalonia, which is home to 45% of Spain’s pharmaceutical activity, has traditionally been one of the favorite destinations for investment in the pharmaceutical sector in Europe. There are more than 72,000 people working at nearly 600 companies in the sector and more than 100 research groups working in this area. They have chosen to do so mainly due to the competitive R&D system and network of research centers and science and technology parks.