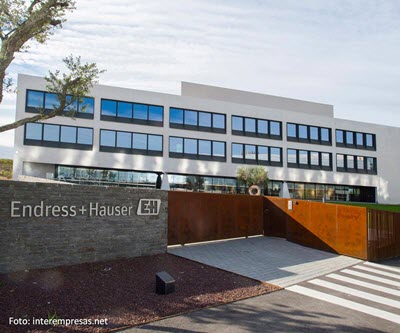 In October 2015, Endress+Hauser inaugurated its new headquarters built on a plot of more than 3,700 m² in the Can Sant Joan Business Park –a project that falls under the Barcelona Catalonia initiative- in Sant Cugat del Vallès. The park is located in the consolidated economic corridor that runs along the B-30/AP-7 motorway, connecting with southern Europe, in the heart of the Barcelona metropolitan region.

The Swiss multinational corporation invested €8 millionat the time to construct a modern building to house its offices, a process-automation laboratory and rooms to hold events and seminars with clients. Recently, the Catalan Land Institute (Incasòl) and Endress+Hauser signed a contract to sell a plot with more than 2,000 m² of land located next to the company’s current headquarters so it can expand its facilities.

Endress+Hauser is a Swiss family-run multinational company founded in 1953, with headquarters in Switzerland and Germany, which came to Spain in 1990. In addition to a wide range of measurement instruments and automation solutions for the processing industry, its services include start-up, maintenance, assistance, repair, consultancy and training.

In addition to the countries where it has its main headquarters, Switzerland and Germany,
Endress+Hauser has manufacturing plants in Brazil, China, France, India, Italy, Japan, South Africa, the United Kingdom and the United States.