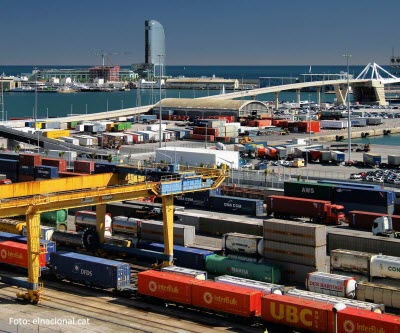 According to data announced recently by the Spanish National Statistics Institute (INE), Catalonia maintained its position as the top economy in Spain. According to this data, the wealth generated in Catalonia in 2015 totaled 204.666 billion euros. These figures certify that the GDP of Catalonia made up 18.9% of that of Spain as a whole last year.

Compared to 2014, the Catalan GDP rose 3.3% year on year in 2015, surpassed only by Valencia (3.6%) and Madrid (3.4%) and ahead of the Balearic Islands (3.2%). This data for Catalonia is one tenth lower than that calculated by the Statistical Institute of Catalonia (Idescat), which has its own methodology for estimating data, which shows growth of 3.4% in 2015.

Catalan economy grows 0.9% in first quarter compared to December
The Catalan economy has kept up the pace of recovery, posting 0.9% growth in the first quarter, according to the Independent Authority for Fiscal Responsibility (AIREF). These figures show that the year-on-year GDP was 3.6% in March, a rate of growth not seen since 2008. AIREF publishes growth forecasts for the GDPs of the autonomous communities days after the Spanish National Statistics Institute (INE) publishes advanced data on the Spanish GDP.