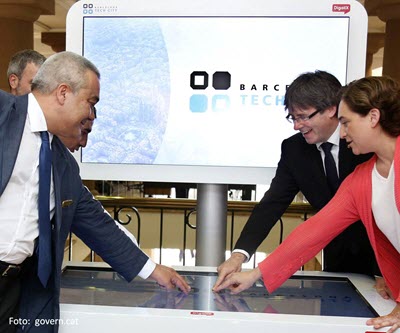 Over the past seven years, 63% of all rounds of funding over €10 million launched by technology start-ups in Spain were in Catalonia, with Barcelona being the favorite city in the country for venture capital in volume of investment as well. This percentage isn’t far off another noteworthy figure, that of foreign venture capital invested in Spain, which shows that 71% of these funds come to Catalonia.

These figures are from the Spanish Venture Capital & Private Equity Association (ASCRI) for 2015, highlighting that eight of the ten largest rounds of funding were conducted by Catalan companies, including electronic-voting giant Scytl and fashion retail site Privalia. In terms of volume, these large rounds in Catalonia total €928 million, nearly 70% of the Spanish total.

In 2016, additionally, six operations valued at over €10 million were closed in Catalonia. Noteworthy among these are the €88 million raised by Letgo and the rounds of biotech firm Stat Diagnostica (€25 million), Corner Job (€23 million) and Aelix Therapeutics, ABA English and Inbenta (€10 million each). 2017 has started off in a similar manner, with the largest start-up round of funding in Spain since 2010, also by Letgo –an online second-hand market- which has raised €163 million.

Barcelona has traditionally been a noteworthy destination for technology investment, and in this regard initiatives like Barcelona Tech City, the cluster of technology companies in Catalonia, have helped improve the Catalan capital’s positioning as an innovative hub. Events like Mobile World Congress, 4YFN and Smart City Expo World also help generate value added and raise awareness of the technology ecosystem around the world. And finally, the support of stakeholders like the Catalan Finance Institute (ICF).