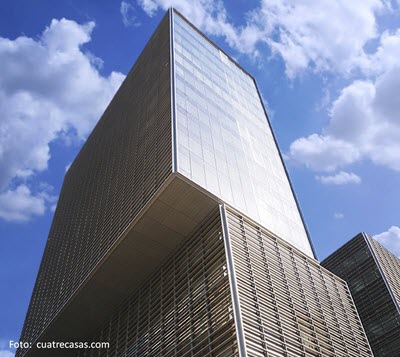 Emesa Corporación Empresarial has recently acquired a plot of land in Carrer Pallars, in Barcelona’s 22@ technological district, with the aim of building a new 9,200 m2 office complex, which is set to open at the end of 2020. The real estate company, owned by Emili Cuatrecasas, considers District 22@ to be a strategic area, with an increasing number of companies who want to set up business activities there. The land acquired is very close to Diagonal 191, a building that is also part of Emesa’s property portfolio, and which houses the new headquarters of the law firm Cuatrecasas.

The company, which has already acquired over 175,000 square meters of working space in the Catalan capital, has recently played a major role in other important real estate operations in Barcelona, ​​such as the purchase of the Diagonal 444 building – the former headquarters of Cuatrecasas –, in addition to the Diagonal 632 building, the home of the Ophthalmological Institute Quironsalud Barcelona, as well as land in the Diagonal-Finestrelles area (Esplugues), in order to promote a 37,000 square-meter business park. Emesa Corporación Empresarial was founded in 1980, and is an industrial and real estate promotion company with a portfolio of assets valued at over 800 million euros.

District 22@ Barcelona has become a successful office area for businesses with a highly innovative character. Companies like Privalia, Yahoo!, Mediapro, Microsoft, Sanofi-Aventis, Groupalia, Capgemini, Schneider Electric, Vistaprint and Indra are all located there. According to a Cushman&Wakefield report, in 2016, 22@ accounted for a quarter of the surface acquired in the city and 930 million euros of investment.