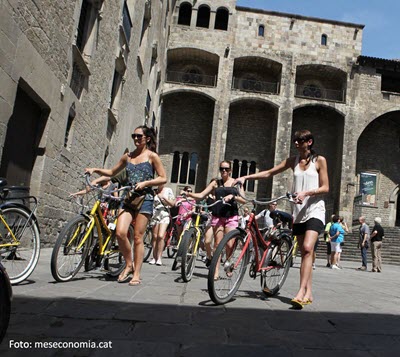 Catalonia welcomed nearly 18 million foreign tourists in 2016, up 4% from 2015, and was the number one destination in Spain. Behind Catalonia were the Canary Islands (13.3 million) and the Balearic Islands (13 million).

These figures have been published by the Survey of Tourist Movements at Borders (Frontur) and disseminated by the Spanish National Statistics Institute (INE), concluding that 22.5% of all tourists that came to Spain in 2016 visited Catalonia. The United Kingdom, France and Germany are the countries that send the most tourists.

Furthermore, according to provisional figures from the Spanish Tourist Expenditure Survey (Egatur), also conducted by the Spanish National Statistics Institute, foreign tourists spent €823 million in Catalonia in January. The average amount spent per tourist was €968, 0.9% more than the same month last year, with per day spending at €163, up 5.8%. Regarding the length of stay, the average was 5.9 days, down 4.7% from January 2016.