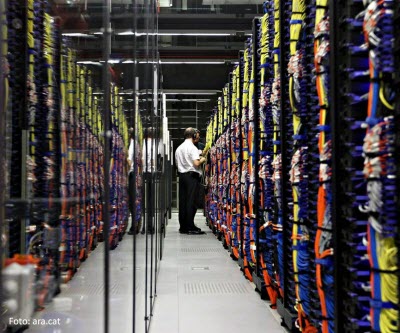 The Spanish National Statistics Institute (INE) published figures a few days ago regarding the creation of new companies in Spain in March. These figures show that 1,999 companies were created in Catalonia in March, up 8.7% from the same month the previous year, further strengthened by the figures regarding companies closed, which was down 194%.

These figures regarding the creation of new companies in Catalonia contrast with those for Spain as a whole, which were down 0.8% after having risen for four consecutive months. In all of Spain, 9,835 companies were created. By community, Catalonia is trailed by Madrid, with 1,971, and Andalusia, with 1,639, although both communities registered significant increases in companies closed, up 7% and 13% respectively.

Catalonia consolidates position as European leader in ‘big data’ economy
The growth of big data has been particularly noteworthy in Catalonia. According to data from Data Landscape -initiative of the European commission to measure all of the stakeholders involved in the data economy- Catalonia now is one of the densest European regions in terms of big data companies and organizations, with 57 initiatives in this sector, 50 of which are in Barcelona, ahead of London (48), Brussels (55) and Madrid (42), for example.

In this regard, the recent commitments from multinational corporations including Nestlé and Zurich must be noted, which have built their big data innovation centers in Barcelona. Catalonia is also home to multinational corporations like IBM, HP and T-Systems, which have committed to investing 118 million euros to build various data computing and cloud technology centers at the Barcelona Datacenter Cluster, at Parc de l’Alba in Cerdanyola.

Another hub that concentrates companies and initiatives working in the big data economy is the 22@ district, which is home to companies like Indra, Imagina (Mediapro), Mobile World Capital and Big Data CoE (promoted by the Government of Catalonia and the Barcelona City Council), as well as several accelerators and other businesses from the world of ICT. The activities of these companies encompass all of the areas of technology associated with generating, storing, managing, analyzing and viewing data.