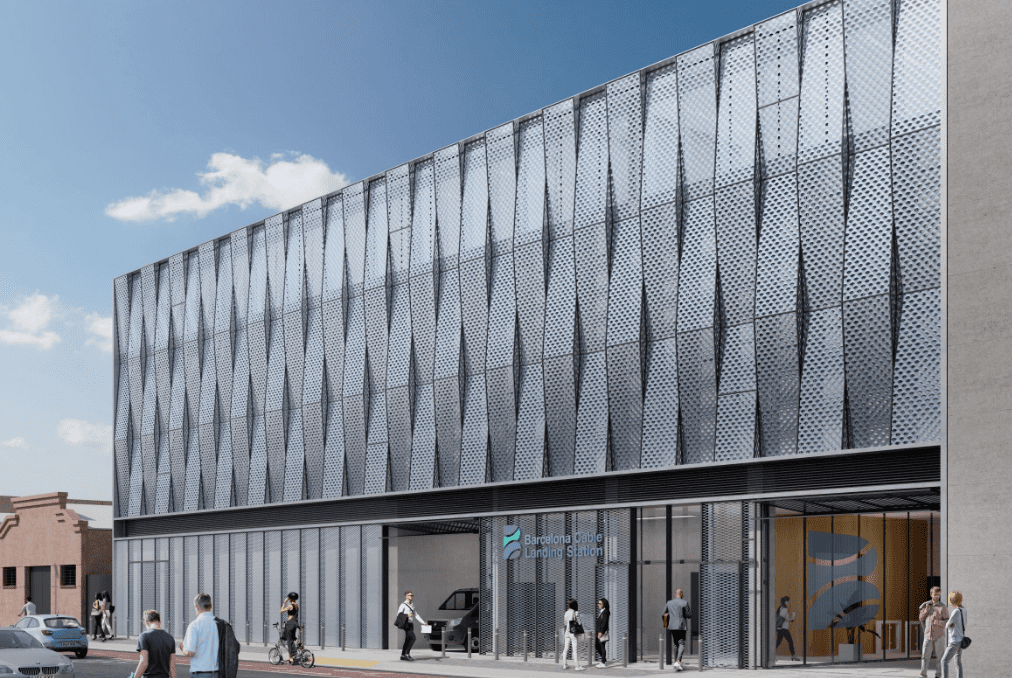 The first digital port in Catalonia is located in Sant Adrià de Besòs. It will be a strategic area for fibre optic connections in southern Europe.

Barcelona Cable Landing Station is the first landing station to be built in Catalonia with an international dimension. This infrastructure will soon become a benchmark digital port in the Mediterranean. The first two cables are expected to arrive at the end of the year, although the infrastructure is ready to receive up to eight submarine fibre optic cables.

The infrastructure has involved an investment of seven million euros. All the capital has been provided by AFR-IX telecom, which is a Catalan telecommunications company that has promoted the project and will soon move its headquarters to the building.

“Considering that 98% of internet traffic is carried by submarine cable, Barcelona Cable Landing Station will be a key part of gaining connectivity with the world,” said Norman Abi, CEO of the company.

Over the next ten years, all eight international submarine cables are expected to land, making the infrastructure an essential hub for the digital economy of the entire country, creating an alternative to the port of Marseille, which is currently suffering from saturation due to the high number of cables landing there.

WHAT IS A SUBMARINE CABLE?

Submarine cables perform the same function as an aircraft at an airport, but in this case they carry information. The data on these fibre optic cables is sent from the landing station to different data centres.

In this case, it is the first open port in Catalonia and the second in Spain, i. e-access for unrestricted cable access. It is an innovation, since usually each company that owns a cable has to build its own landing station for the cable connection.

The location of the digital port is in Sant Adrià de Besòs. It is a two-storey building with a total area of 2,657 m2 in which eight rooms have been fitted out for laying the submarine cables, each with a capacity for 16 telecommunications racks. The facilities meet all safety standards, as well as energy efficiency, since the structure has 194 solar panels.