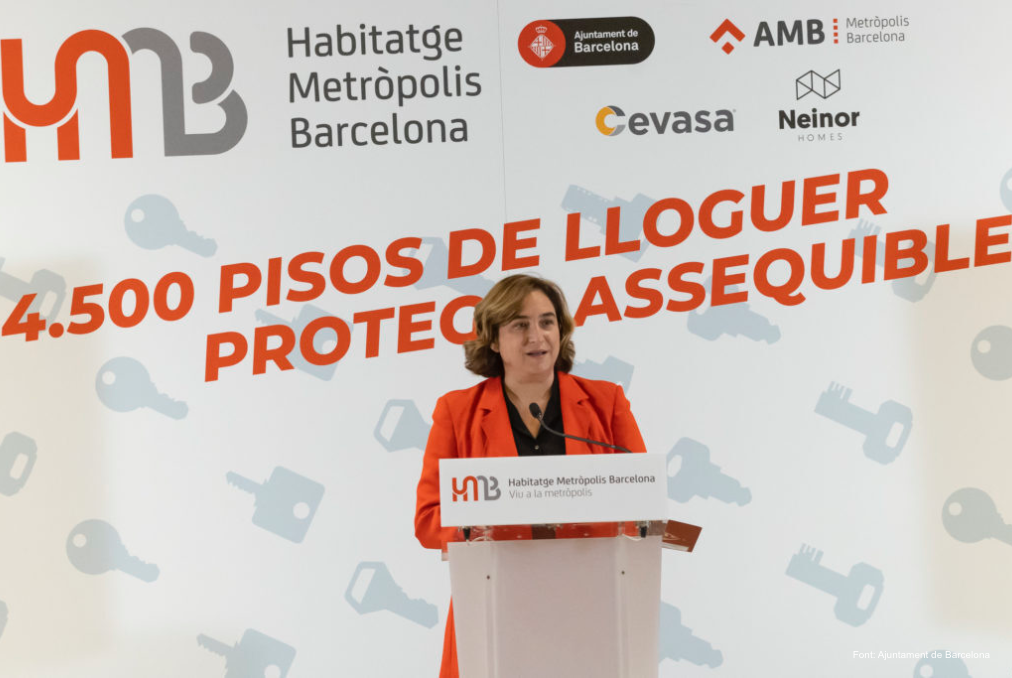 A public-private operator that plans to build 4,500 affordable homes throughout the metropolis within eight years.

The City Council and the Metropolitan Area of Barcelona, together with the companies Cervasa and Neinor, have created the public-private affordable housing operator HMB.

Habitatge Metròpolis Barcelona is the new project presented by Ada Colau, mayor of Barcelona and president of the AMB, a public-private operator that plans to build 4,500 affordable homes throughout the metropolis within eight years.

This large project will be developed in four phases, the first phase foresees to start building the first 640 homes in 3033-2023, with a rent of between 400 and 750 euros/month in Barcelona, Sant Boi, Montgat and Sant Adrià del Besòs.

Ada Colau boasted of “innovation in public policies to meet the needs of the population, with a public-private partnership to expand the rental stock and guarantee that it will be protected forever”.