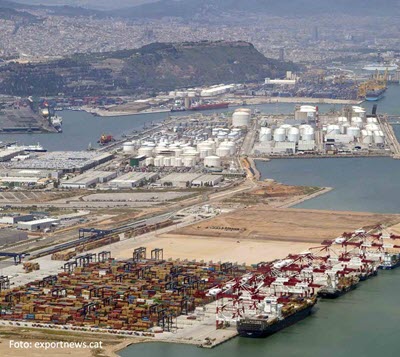 Chinese capital has reached Catalonia progressively. There are currently more than 80 Chinese-owned companies operating in Catalonia. With regard to the figures from 2015, the latest available, Chinese firms invested €160 million in Catalonia in existing companies (€60 million) and newly established ones (€100 million). This made up roughly half of all Chinese investment in Spain.

The report points out that private Asian companies seek access to the market to obtain technological expertise and build large global brands to bring prestige to Chinese products and help improve the value chain to be more competitive in national and international markets. On many occasions, they are also looking to purchase a consolidated brand to expand in Europe.

In this regard, Chinese capital invested in Spain is expected to hit €350 million over the coming five years, with the bulk of this, approximately 62%, staying in Catalonia. These estimates are from the Agència Catalana per a la Competitivitat de l’Empresa (ACCIÓ).

In recent years, investment by the Asian giant in Catalonia has held steady. In 2014, Hutchinson invested €150 million in expanding its terminal in the Port of Barcelona. In 2015, state-run Bright Food purchased the Miquel Alimentació distribution group and the China Construction Bank entered the Spanish market with its headquarters in Barcelona. Then, in 2016, Rastar purchased the RCD Espanyol soccer team and the company AVIC acquired the automotive and aeronautical technology firm Aritex.