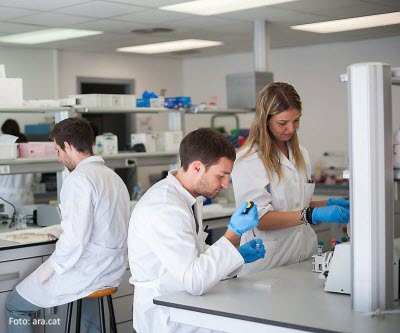 • The number of patent applications submitted from Catalonia made up 33.8% of the Spanish total/strong>

Catalan companies, universities and hospitals lead the ranking of patent applications submitted in Spain. Likewise, Catalonia submits more patent applications than other countries like the Czech Republic, Norway, Portugal, Slovenia, Hungary and Greece, among others, according to data the European Patent Office (EPO) presented recently in Brussels.

According to the EPO, Catalonia is home to an innovative business fabric, above all in the pharmaceutical sector, and proof of this can be seen in the fact that the top three patent applicants are Laboratoris Esteve, leading the Catalan ranking with 23 applications in 2015, followed by the Autonomous University of Barcelona (UAB) and Laboratoris Almirall. Also noteworthy are pharmaceutical companies Galenicum, Lesvi, Interquim and Grífols, and among universities and research centers, Barcelona-based universities Polytechnic University of Catalonia (UPC) and Pompeu Fabra (UPF), and the Bellvitge Biomedical Research Institute and the Hospital.

In terms of progression, the number of patent applications in Catalonia was up 5.7% last year from the 487 registered in 2014. This growth is 19 times greater than the EU average, where the figure only rose 0.3%.