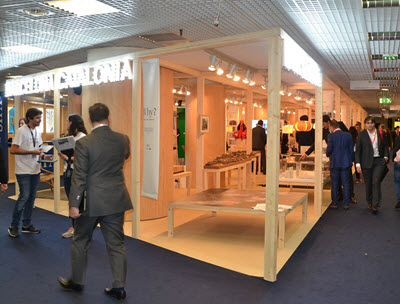 The Catalan Government, through INCASÒL, Barcelona City Council and Àrea Metropolitana de Barcelona (Metropolitan Area of Barcelona) promote the development of new strategic projects in Catalonia, especially at the metropolitan area of the Catalan capital. They also back the most important logistic offer along the Mediterranean Corridor. At the MIPIM fair, under the slogan Barcelona Catalonia goes on!, the Barcelona-Catalonia stand offered investors a global perspective on the main projects now developing in Barcelona and Catalonia, which are located at 6 different sites: 22@ Barcelona, Eix Llobregat, Eix Besòs, Eix Llobregat Nord, Eix Besòs Nord and Eix Vallès.

The MIPIM organization included a monographic conference on Barcelona and Catalonia within its official program. Under the title Investment goes on!, international companies such as Merlin Properties, Norwegian and Regus/IWG Group explained the attractiveness of Barcelona, its metropolitan area and Catalonia for deciding to establish themselves or grow their businesses here.

Barcelona City Council and the Catalan Government collected at MIPIM the awards conferred by the publication fDi Magazine, from the Financial Times group. These awards recognise Barcelona and Catalonia as one of the most dynamic environments in Europe in terms of foreign investment.

On one side, the award conferred to Barcelona highlights the city’s strategy for attracting direct foreign investment, a strategy that stands out as first of its kind once again.  fDi Magazine appraises, in particular, the reinvention capacity of the municipal tools to face new challenges. It especially valued the efforts to strengthen Barcelona’s trademark, the initiatives to drive the start-ups ecosystem, and the initiatives to win and retain international talent.

On the other side, the Catalan Government was conferred an award recognising it as the best region for investment in Southern Europe in the 2018 and 2019 period, ahead from Madrid, Lombardy, Istanbul and Lisbon. Five criteria were considered: financial potential, human capital and lifestyle, profitability, connectivity, and business environment. The fDi Magazine also awarded Catalonia for implementing the best strategy among the biggest regions (those with more than 4 million inhabitants) to attract foreign investment. This strategy is backed by the Catalan Government through Catalonia Trade & Investment.