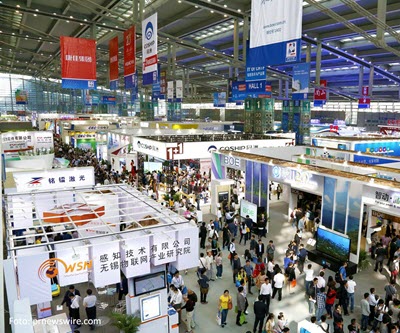 In November, Barcelona Catalonia participated in several international fairs and events in countries including the United Kingdom and China, scouting for investment projects and forging closer economic ties.

On one hand, the Barcelona Catalonia initiative had a booth in the international Going Global pavilion at the Great British Business Show for enterprises and entrepreneurs held November 17 and 18 in London. This event, one of the most important in the world, is geared towards a British audience and offered a new opportunity to promote Barcelona and Catalonia in London, explaining the region’s business proposal and investment opportunities to entrepreneurs and start-ups so they can consider doing international business there or maintain a presence in the euro zone.
On the other hand, from 7 to 9 November, Barcelona and Catalonia were promoted at the World Travel Market in London, the second most important fair in the sector in Europe and one of the top events in the world. The Barcelona City Council participated in the event through Turisme de Barcelona, with a booth in the Catalonia pavilion, raising awareness of the city’s tourism management policies.
Finally, Barcelona Catalonia participated, as in recent years, in the 17th annual Hi Tech Fair Shenzhen Chinese tech fair. Over this time, a fluid institutional and business relationship has developed with this fair, whose representatives have visited Barcelona for the city’s technology fairs (MWC, SmartCity and IOT). The aim of participating in this fair, held from 16 to 21 November, was to present Barcelona and Catalonia as a setting for investment and a hub in mobile, gaming and smart technology. Shenzhen is considered the Silicon Valley of China.